Many traditional cuisines have great ideas. Anyone who has been following my blogs and coming to our cooking classes has seen how I get inspiration from the Bangladeshi community in our area, both in terms of the kinds of vegetables we use and the selection of spices. But, we also have a great Mexican restaurant in the neighborhood in Taqueria Tlaxcalli on Starling Avenue, and the wife of the owner, Jesse Caballero has been interested in plant-based food for a while and from time to time they have made some food for the plant-based health fair at St. Helena's. On the menu there is not a lot of choice yet, but the cactus salad remains a favorite of mine, as long as they leave out the queso and the oil. If you are making it yourself, you can use firm tofu instead of queso.

Recently, we got talking about Nixtamalized Tortillas after there was a big article in the NY Times about Tortilleria Nixtamal in Queens, which used to be a restaurant, but these days is only a Tortilla bakery, where you can go and buy fresh tortillas, and they deliver to stores and restaurants. A one pound package is $2.00.

I went there recently with a friend who lives in that area. The process of nixtamalization starts with cooking the cornflour in a briney solution and it makes the cornflour much more easily digestible and nutritious. It is an old, traditional Aztec way of preparing the corn and it creates a delicious and healthy tortilla. Worth a try. There is a lot of information on-line about the process:
Have a ball, and please let me know if you find Nixtamal Tortillas in our neighborhood.
Posted by RogierFvV at 12:12 PM No comments:

Here were our festive dishes... with some Thanksgiving-styled ideas.

Evidently, you can make this as spicy as you like, by varying the amounts of turmeric, ginger, chilis and peppers. You can use a small amount of Bragg's Liquid Aminos or Yondo to finish to taste, but if you are using the Panch Puran, you should not need much at all. The whole point is that by choosing aromatic spices, you can pretty much eliminate the need for added salt. With turmeric and ginger if you can use fresh, that makes all the difference in the world. If you want to give it some extra zing, you could slice some scallions on top for garnish. 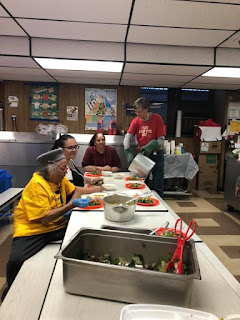 
1/2/3 dressing with lemon and lime juice

Posted by RogierFvV at 4:11 PM No comments:

You can easily get your own report on the conference by searching #MEPCC19 on Twitter. 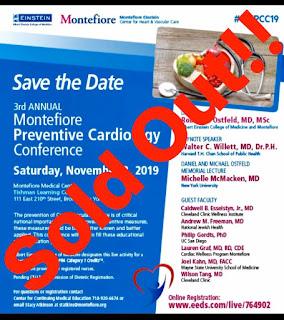 There was once again a stellar group of presenters there, starting with Dr. Ostfeld himself, who opened the conference, followed by

All followed by a panel discussion of questions from the public. 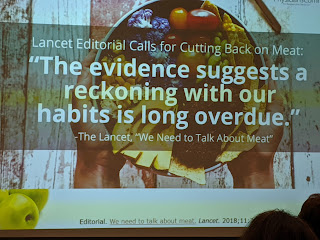 There's too much information that comes out of an event like this, but here are a few highlights that stood out for me:

Here is a summary on YouTube by Dr. Joel Kahn.

The whole thing was brilliant as always and an enormous asset of our community in the Bronx. Meanwhile, once again no one from the Bronx officialdom was present, but Eric Adams' office was represented, even if he could not make it. Otherwise, people came from all over. At lunch, I talked with a lovely doctor from Montgomery, Al.
Posted by RogierFvV at 8:29 AM 1 comment: