Recently, Premium Halal had Okra at $1.49. Their selection of veggies is always great. In general Okra goes anywhere from $0.99/lb to $2,49 lb, depending on the shipment. It pays to watch... Okra is extremely healthy! Low on the glycemic index and high in nutrition. 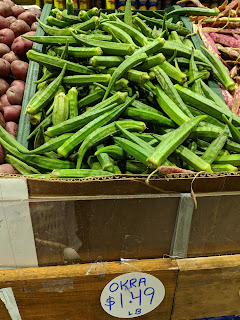 Rice, one of our staples

White rice is a nutritional disaster.

White Rice is very high on the glycemic index, and basically it is stripped of the nutrition and fiber of brown rice. Yes! Magazine had a beautiful story recently about The Story of White Rice. Notice this passage:

After farmers harvest their rice, it typically goes to a mill. There, it is cleaned and the husks are taken off the grains of rice. At this point, it is referred to as “brown rice” or “unpolished” rice. Once the husk has been taken off the rice, there remain several very thin layers of wholesome bran. At this stage, the rice is full of nutrients, vitamins, minerals, and protein—and very healthy to eat.
But polishing rice from so-called “dirty rice” into the sparkling white form that most people prefer has caused—yes, caused—a number of major, adverse impacts on health.
First, polishing removes most of the vitamins and minerals vital to one’s health. One example: the rice bran contains vitamin B and thiamine, both key to preventing beriberi. Indeed, in the largest World War II prison camp in the Philippines (where John’s grandfather was interned), American prisoners suffered from beriberi until they convinced the Japanese prison guards to let them cook the bran shavings that came off the polished rice; then the beriberi went away.
White rice also increases the risk of diabetes, rates of which are rising quickly in the Philippines, the United States and many other countries. The rice layers removed during polishing contain nutrients that guard against diabetes. Polished rice further contributes to diabetes risk because it causes blood-sugar levels to rise more rapidly than brown rice does. According to the New York Times, a 2010 Harvard study showed that people who consume white rice at least five times a week “are almost 20 percent more likely to develop Type 2 diabetes than those who eat it less than once a month.” In our travels in the Philippines and the United States, we meet people who are shifting to brown rice on their doctors’ orders precisely because of concerns about diabetes.
And polishing rice also reduces the protein content of the rice, which can mean the difference between being well-nourished or malnourished. The bottom line on all of these health fronts is the same: the more polished the rice, the less healthy.

from: The Story of White Rice


Brown rice is healthy, black and red rice even better...


Here's for the selection of Basmati Brown Rice at Al Aqsa: 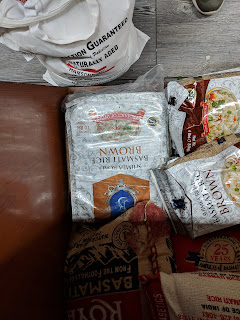 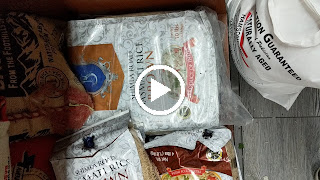 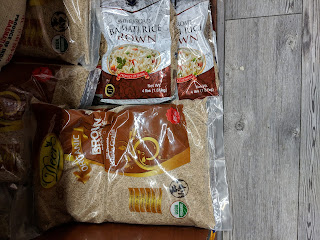 Basmati Brown Rice in 4lb, 8 lb and 10lb packs.  The Shimla Road Brown Basmati is $6.99 for 4 lbs and $14.99 for 10 lbs, Deer Organic Brown Basmati is $14.99 for an 8 lbs bag. Neerob Bazaar, by the Bx22 bus stop carries Swad Brown Basmati for $12 per 10 lbs. Take your pick. Brown Rice from India, Bangladesh and Pakistan is the healthiest you can get because of lower arsenic levels. In the US, I would trust Lundberg rice the best.

The bottom line? Brown rice versus white reduces the diabetes risk by 16%, and a significant reduction in the risk of colorectal cancer and, for that matter, red, purrple and black rice may be even better, so you might explore some variety: 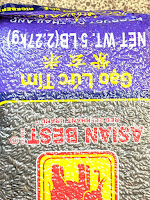 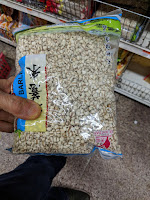 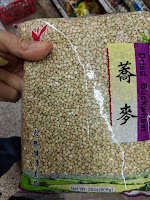 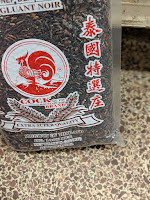 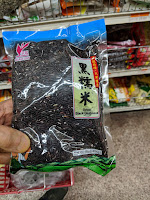 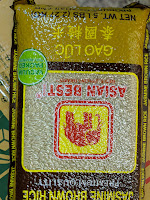 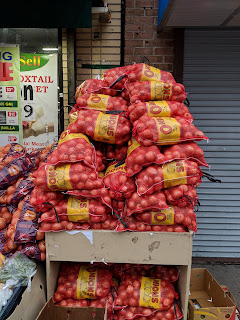 In short, with $15 to $20, you can have 10 lbs of high quality rice and 10 lbs of quality onions, then you can add various lentils, chick peas and beans, and that is most of what you need for staples for the month and you only need to add fresh fruit and vegetables.
Posted by RogierFvV at 10:29 AM No comments:

Ok, this inspiration started with the discovery of an excellent Bangladeshi food blog on NoorieBoorie.com

Now I want to take some of the recipes and create #WFPB variants that are as authentic as possible.

Here is the link:
https://www.noorieboorie.com/recipes/bangladeshi-spicy-mashed-potatoes/
First of all enjoy the read, the author's love for food is infectious.
Second of all, please realize how easy it is to change this recipe into a completely perfect Whole Foods Plant-Based (#WFPB) variant.


I will call my variant Spicy Bangla #WFPB Mashed Potatoes and here is how it goes:

To assemble daal bhaat & bhortas (as shown in photograph above):
1. Start by discarding any large whole spices like bay leaves and green chillies from daal.
2. Spoon the daal into a slightly inverted plate. A shallow plate-bowl works well.
3. Take a small greased bowl and press the rice inside it. Jasmine rice or other rice that is slightly stickier than basmati will work well here.
4. Release the rice onto a separate plate and carefully transfer on top of the plated lentils.
5. Spread a layer of chutney, achar or a bhorta like tomato or eggplant bhorta on top of the rice.
6. Place your aloo bhorta sphere on top.
7. Garnish the plate. (I've used onion sprouts in this photo, but anything green like cilantro, scallion, etc would add a good contrasting pop of color.)

Now, that could not be easier, and it is absolutely delicious.
Posted by RogierFvV at 7:50 AM No comments: