Learn How to Heal Yourself Event in the Bronx

Phenomenal Event last night with Bronx City Councilman Fernando Cabrera, Brooklyn Borough President Eric Adams and Dr. Robert Ostfeld as keynote speaker. The occasion was the introduction of the #banthebaloney bill in the City Council and the introduction of meatless Mondays in the Bronx. The background was the presentation of the Whole Foods, Plant-Based diet as the alternative. 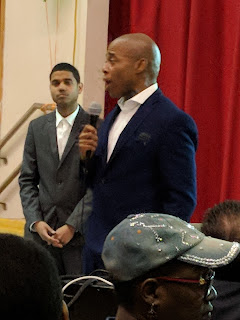 The story of city Councilman Fernando Cabrera was almost more powerful than that, for when he was hospitalized, he was given 24 hours to live and he recovered completely with the whole foods, plant-based diet.

Both recognize the issue that school lunches establish bad habits for life and are introducing the #banthebaloney bill in the NY City Council to get processed meats out of school lunches, as they are no classified by the World Health Organization as a class 1 carcinogen, along with plutonium, tobacco and asbestos. 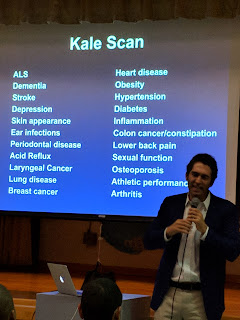 In other words, what else do you need to know? Well maybe the following table, comparing the level of nutrition that you get on a plant-based diet versus an animal foods based diet. 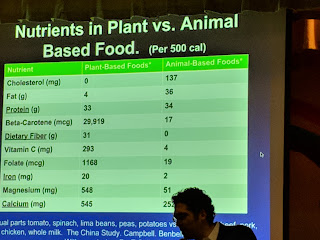 The differences are laughable:
Plant-based versus Animal-Based
(Nutrition per 500 cal consumed)

As I said: What else do you need to know?

Dr. Ostfeld also made mention that the results from the #WFPB diet for diabetics are 3x better than from a standard ADA (American Diabetes Association) diet, as documented recently by Dr. Neal Barnard in the new release of his book, Dr. Barnard's Program for Reversing Diabetes.
Posted by RogierFvV at 3:23 AM